Born in Yamagata Prefecture, 1956. Graduated from the Nihon University College of Art. As one of Japan’s representative picture book artists active both domestically and abroad, he was awarded the 2005 Japan Picture Book Prize (Nihon Ehon Sho) for his book, “refrain refrain”, and the Grand Prize of the 59th Sankei Children’s Book Award for “It’s Morning so Let’s Open the Windows” (Asa Ni Natta Node Mado O Akemasu Yo). In 2005, he became the first Asian to receive the Astrid Lindgren Memorial Award, which is regarded as the “Nobel Prize of children’s literature”. Other achievements include illustrating for the opening scenes of NHK’s 2012 serial TV novel “Jun to Ai”, holding live paintings and workshops, and even musical involvements such as lyric and music composition and guitar performances. His many solo exhibitions include the “Arai Ryoji No Yamagata Ja Ni” in his hometown of Yamagata City in 2010 & 2012, as well as the national touring exhibition “The Museum Between the Worlds” (Arai Ryoji Sukima No Kuni No Bijutsukan). His diverse activities extend to taking charge as artistic director for the Yamagata Biennale from 2014 to 2018. His long list of accolades also include the Bologna Children's Book Fair Special Award for “Nazo Nazo No Tabi” (1999), the Elementary School Children’s Publication Literary Award for “Uso Tsuki No Tsuki” (1997), the picture book category of the Kodansha Publications Cultural Award for “A Forest Picture-Book” (Mori No Ehon) (2000), the Japan Media Arts Festival Animation Division Excellence Prize for “A Country Between the Worlds” (Sukima No Kuni No Poruta), the JBBY Prize for “Sun Organ” (Taiyo Orugan) (2007), and the Japan Picture Book Prize for “There’s a Round Moon in the Sky Tonight” (Kyo Wa Sora Ni Marui Tsuki) (2017). 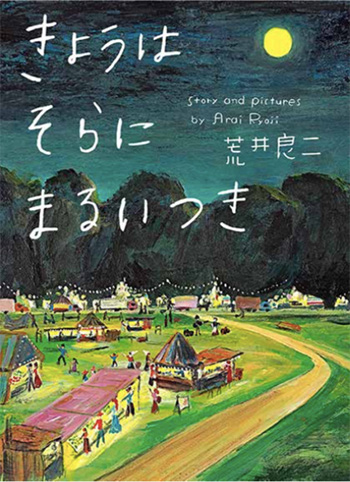 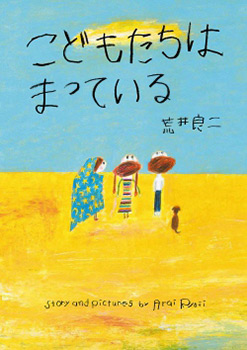 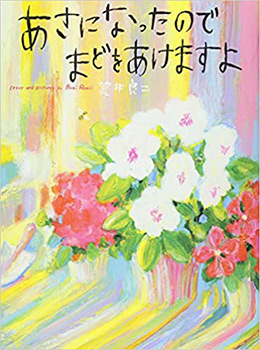 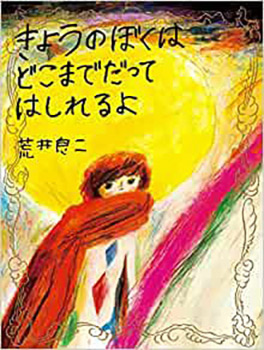 Born in Aichi Prefecture, 1959. Graduated from the Aichi Prefectural University Department of English Literature in 1983, the University of Tsukuba School of Art & Design in 1988, and completed the University of Tsukuba Master’s Program in Art & Design in 1990. He then graduated from the University of Tsukuba after receiving his doctorate degree in Art & Design in 1992. He has been a lecturer at the Saitama University Faculty of Education since then, and was promoted to Associate Professor before his current title as Professor. He works concurrently as a doctoral program professor at Tokyo Gakugei University, was a member of The Agency of Cultural Affair’s overseas study delegation in 1998, and served as a dissertation professor for the University of Tsukuba (2005) and a visiting professor for Western Oregon University’s Art & Design Department (2008). He was also a visiting professor at The University of Tokyo’s Graduate School of Education from 2010-12, and at the Jiangxi Normal University Art Department since 2017. He advocates the importance of “nurturing through creativity”, researching on how drawing is applied in the education setting, and uncovering the process through which self-affirmation as well as understanding of others is achieved through the act of producing pictures. He has continued drawing himself, using that data for his research. He is also planning the publication of an art textbook written from a fresh new perspective. At the commemoration ceremony of the Komatsu Biennale 2013: 2nd Miyamoto Saburo Award for Original Sketch, he delivered the keynote address, “Sketching & Drawing- A Catalyst for Paintings and Form of Thought”. In 2014, 2016, 2019 and 2020, he conducted the “Thousand Drawings Project” workshop in Komatsu City. As the author of many books, his works include “Producing Paintings: A Journey of Self-discovery” (Kaiga No Seisaku Jiko Hakken No Tabi) (2001), “A Study on Bringing Works to Fruition” (Jitsugen He No Seisakugaku) (2001), “Thinking About Painting: At What Point is a Work Finished?” (Kaiga No Shisaku Kaiga Wa Itsu Kanseisuruka)(2006). As an editor, he worked on the “Textbook for Painting” (Kaiga No Kyokasho) (2001), “Studying Painting” (Kaiga No Seisakugaku) (2007), and “The Seed of Creation: Talking About Drawing” (Sozo No Tane Doroingu No Hanashi) (2011). He also published “A Recommendation on Scribbling” in 2020. Furthermore, he continues to be active as an artist, exhibiting at many group, solo and competitive exhibitions, including the Contemporary Art Exhibition of Japan, Yasui Award Exhibition, DOMANI: The Art of Tomorrow Exhibition, NICAF2003Tokyo, and the Wind Arts Exhibition Biennale Makurazaki. 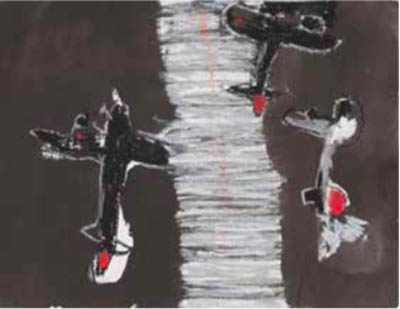 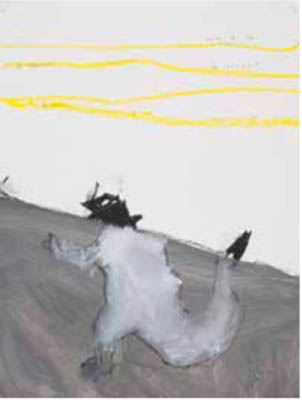 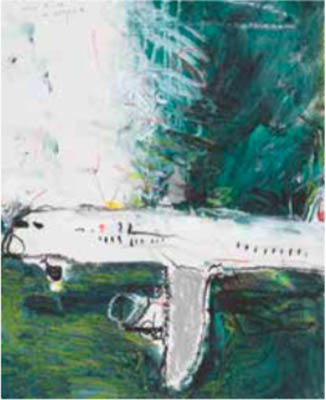 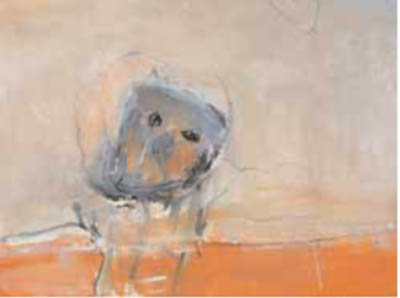 Born in Hamamatsu City, Shizuoka Prefecture, 1979. Currently engaged in creating works that question the way we see the world, through presenting a fresh dimension to everyday phenomena we take for granted. With things that would be familiar to anyone, including zippers, magnifying glasses and pencils, he grasps them with his own unique perspective, and produces countless works that uncover their connections to natural phenomena such as water, air and gravity. His representative works include “Blinking Leaves” (Mabataki No Happa), “Ship of the Zipper” (Fasuna No Fune), “Aerial Being” (Kuki No Hito) and many more. He also held solo exhibitions at Art Tower Mito and The Hakone Open-Air Museum in 2014 and 2017 respectively. In 2021, he held a solo exhibition at Tikotin Museum of Japanese Art in Israel. And then, he paticlpated in major international exhibitions such as the Setouchi Triennale 2010 and 4th Moscow International Biennale of Contemporary Art. 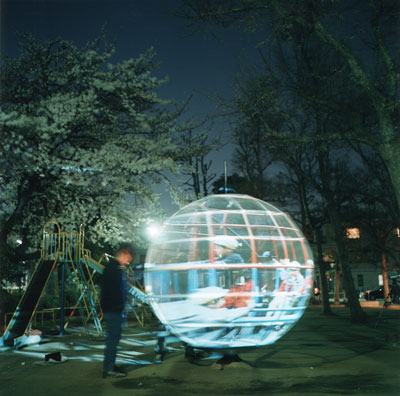 《Perspective of the Globe Jungle》
2001 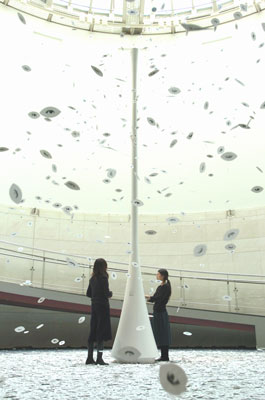 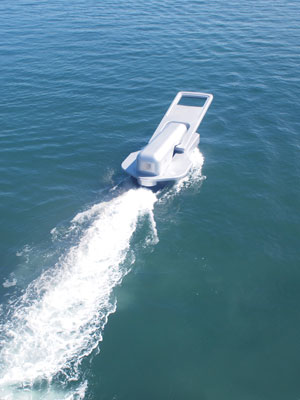 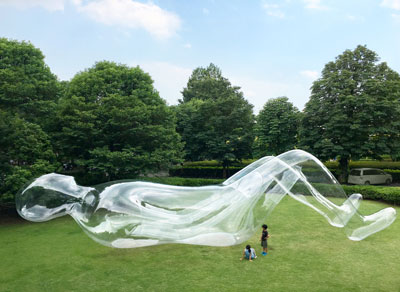 He has planned a diverse range of exhibitions that expand from the core theme of contemporary art in Japan to fringe genres such as film & architecture, including “The Paintings and Photographs of Junkichi MUKAI” (2002), “Ryohei KOISO” (2004), “Uchii Shozo Exhibition: His Thought and Architecture” (2009), “Art + Living: Takashimaya The Department Store as a Culture Setter” (2013) that put the spotlight on department stores, “TOHO STUDIOS” (2015), and “400 Years of Architectural Challenges―TAKENAKA : Master Builder in Japan” (2016). He has also written many essays, most notably “Realism: In the Case of Koiso Ryohei”, “The Paintings and Photographs of Junkichi MUKAI” and “Two Lives in Palau”, and published “Thatched Roofs and Paintbrushes: Mukai Junkichi’s Pictures and Essays” in 2018. His awards include The Japan Association of Art Museums (JAAM) Outstanding Catalogue Prize in 2009, for the “Two Lives in Palau” exhibition based on the interactions between Nakajima Atsushi and Hjikata Hisakatsu, and an honorable mention from JAAM in 2012 for the “Art + Living: Takashimaya” exhibition.

Born in Gunma Prefecture, 1970. Graduated from Tama Art University in 1994, with a degree in Japanese Painting. Her works have been showcased at many exhibitions, since her solo exhibition debuts at the Maebashi Art Compe Live ’99 and Takasaki City Gallery. At the Museum of Contemporary Art, Tokyo’s “MOT Annual 2006: No Border” exhibition, her unique style that broke down the existing paradigms of Japanese painting received wide support. In 2006 she participated in the Artist in Residence Kurashiki, Ohara (ARKO) at Ohara Art Museum in Okayama, and in 2007 she received the Sovereign Asian Art Prize (Hong Kong). She then joined an artist-in-residence program in Denmark as a member of the Agency of Cultural Affair’s overseas study delegation in 2008, before receiving the Takashimaya Art Award in 2014. Distinct to her works is the single continuous line that divides matter from blank space, which can actually be said to be a product of the stoic ruminations of the tiny lines of fine-tipped brushes. The protagonists depicted by these lines are comical yet sometimes revealing of cynical attitudes towards the inner workings of modern society. Her pieces have such a popular following both domestically and internationally that a collection of her works was published in 2012. In addition, she has received an overwhelming number of awards, and held countless solo exhibitions across the nation and beyond, including Tokyo, Amsterdam, Frankfurt and Norway. Adding to that are her group exhibitions in Tokyo, New York, Vienna, Paris, Denmark, Taipei, Kagawa, Fukushima and many other locations. 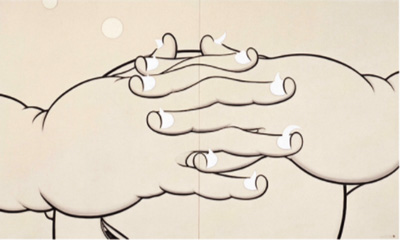 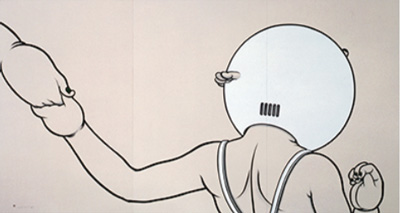 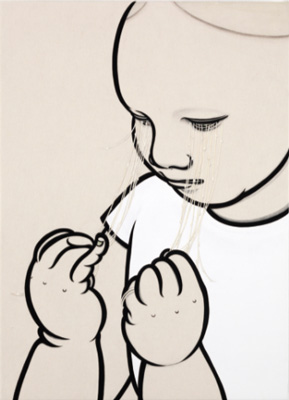